Go back to week 1
Continue to week 3

It is quite refreshing to read this story without tinsel on a dead tree in the living room or endless carols playing over the shopping centre sound system.

The story deserves to be read for itself as well as a background to Christmas. Here is an upright faithful man being taken well out of his comfort zone. He is faced with a situation where all the rules of religion say: ‘get rid of her – she has shamed you’ – his own goodness is seen in his intention to do it privately. But he is so attuned to God that he not only listens to the angel, he recognises he is an angel, he believes the incredible, he accepts the unacceptable, and he walks into new territory where the road is no longer lived by a ‘rule road map’ – but by the living word of God.

Being a disciple involves all these things – as the original twelve discovered, they were frequently left with their mouths wide open at Jesus’ latest escapade, frequently way out of their religious comfort zone, and, definitely, in uncharted rulebook territory.

Yesterday’s reading pointed out that the gospel started with a birth – the birth of a Saviour – Jesus. All stories start with a birth – and the story of your discipleship starts with or will have a birth – the new birth by the Spirit that Jesus talks about with Nicodemus. There is no problem with this passage – there are many problems with the way people have interpreted it, often demanding that the new birth conform to their pattern or perception.

But conception and birth take many different forms. Some mothers recount how they arrived in the hospital, gave birth and were home again in a few hours. Others will tell horror stories of spending days in labour which started and stopped several times and seemed to take forever. And there is now a television series based on the stories of those who were unaware they had conceived until they went into labour – incredible though it seems!

But few babies remember their birth, (though some subconsciously do where there was trauma or other difficulty). They simply become aware of being alive.

Disciples know they are following and at some point, they are aware they believe. Some can date it and time it, others just know now they do.

Our disciple’s walk includes a birth – to be led by the Spirit we need to be born of the Spirit. But how and when we are, though interesting and precious, is not as important as the fact we now are alive in Him.

How did Joseph recognise the angel? How could he be sure it was God? The two disciples on the Emmaus Road had heard the story of the resurrection but were still on the way home – dejected and dispirited. They had all the facts in front of them. When Jesus joined them, he brought scriptures they had already known to their attention. In some senses he told them nothing new. But when he broke the bread, they recognised him and all that he had said which all along had burned in them. The Word of God carries by the Spirit its own authenticity. God’s presence is the confirmation of the word. Joseph ‘knew’ it was God because he stood in His presence. The disciples knew him before they understood the scripture. There is an old hymn which says ‘He is his own interpreter and he will make it plain.’[1]

We are given by God, a guide, an interpreter, a companion – the Holy Spirit. His presence is the confirmation it is God. Seek his company, walk with him.

[1] William Cowper: God moves in a mysterious way his wonders to perform

‘You are blessed when you are at the end of your rope. With less of you, there is more of God and his rule’. This is Eugene Petersen’s take on ‘Blessed are the poor in Spirit’. He manages to get to the essence of Jesus’ mindset. The beatitude is not about being a failure in spiritual things. It is best understood in contrast to the ‘Pharisee’ who knows his spiritual excellence but in so doing has lost his need of God.

There is a false spirituality which is entirely human – and Jesus himself warned about the difficulty of recognising the real from the false – wolves in sheep’s clothing was his metaphor. It is possible to have spiritual ‘richness’ consisting entirely of biblical knowledge or religious ritual. To be an expert but not know God.

True contentment is in recognising the reality of our need. Nothing I have will do, so I must depend on God.

It is interesting that many of the ‘fruit of the Spirit’[1] are what the world regards as ‘weak’ virtues – patience, kindness, goodness, faithfulness, gentleness, and self-control. What the world calls weakness is often strength – this is what Jesus is getting at in this verse.

The reason we are spiritually poor is also because we are caught in the human ‘sin trap’. It gives us heart when we recognise that even Paul, who seems the ‘Christian par excellence’, is caught in it too.

Our best efforts still get caught by our inner battle – and our failure weighs all the heavier because we are ‘disciples’ after all!

A recent study shows that now the age at which people are generally content with themselves has gone up from 45+ to 55+. The pressures to perform, achieve, conform, or prove yourself have invaded further up the age spectrum. And those pressures can easily invade Christianity where they have no place.

Paul in Ephesians is demonstrating what is available to any age of Christian – contentment in recognising our spiritual poverty, propensity to sin, AND God’s gifting and enabling. The latter changes and refines the former and lifts the striving from our shoulders.

Recognition of our spiritual poverty is the pre-requisite for Growth in grace.

Saturday is a day for reflection and thought on all you have read this week. Or for catching up on what you were not able to read earlier in the week.

You may want to ponder these questions as you reflect on the week’s reading:

Tell them about their birth – how you looked forward to it – who was there – the excitement it caused – talk to them about things you dreamed and hoped for them. Tell them how much you love them just for who they are. Tell them that they are special and amazing in as many ways you can.

Get them to share the things that excite them and what makes them happy. Ask them are they aware of ways that God has helped them? What prayers gave been answered? Are there things you have prayed about as a family and God answered the prayer?

Matthew 1:18-25
It has to start with a birth Derek McKelvey 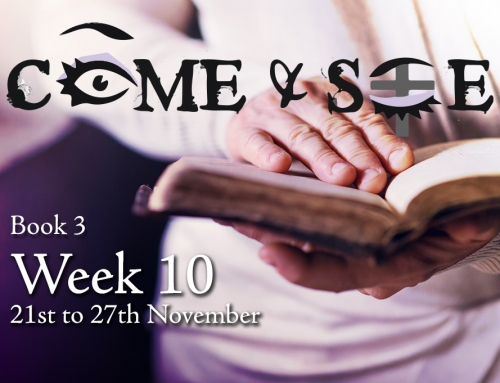 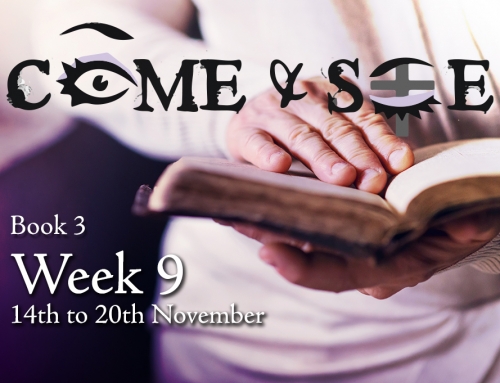 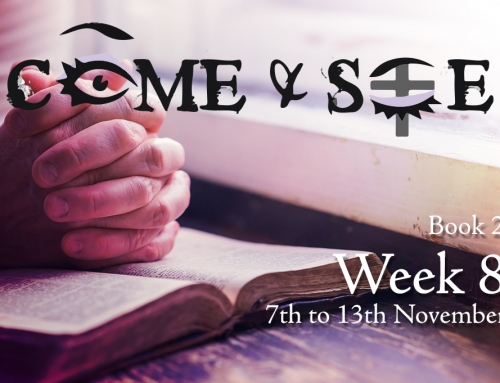 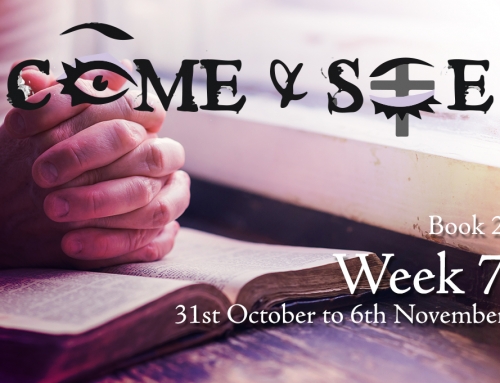 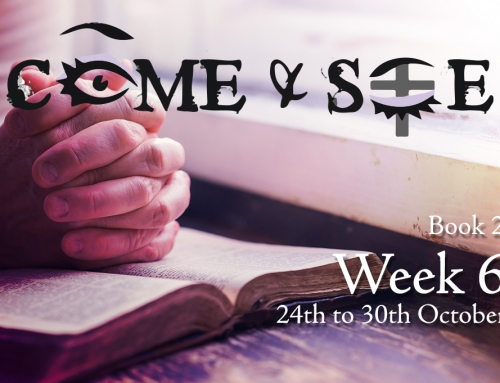